Jordan 18: The Aston Martin of Sneakers 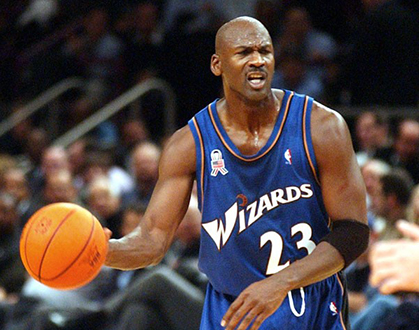 The Jordan 18 would be the final shoe MJ ever played in as he retired, once and for all, from the Washington Wizards when his 2 year contract came to an end with them. He returned to his front office role with the Wizards before being fired from his position as President of Basketball Operations. Jordan later stated that he would have never come on to play for the Wizards had he known that he’d be fired upon his return to the franchises decision making team. While he went on to become an owner of the Charlotte Bobcats, Jordan’s interests in racing really took shape after his third retirement.

CHECK OUT THE HISTORY OF THE AIR JORDAN 17 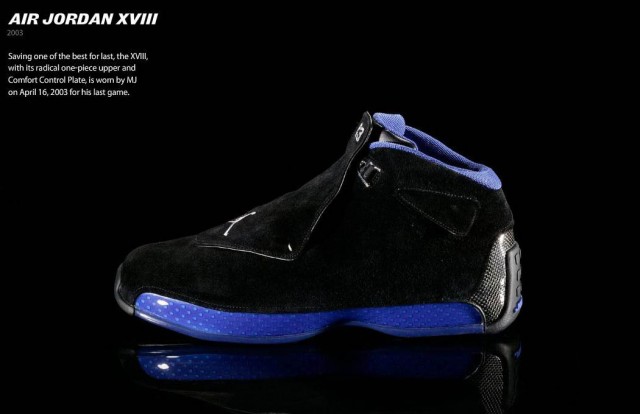 In 2003 it was Nike’s Senior Footwear Designer Tate Kuerbis who took on the Jordan 18. Like many previous models, the Jordan 18 drew inspiration from one of Michael’s biggest passions, sports cars. Focused on both sexy, clean racing lines and the comfortable traction found in many race car driving shoes, the Jordan 18 was a perfect hybrid of fashion and function. The stitching was once again influenced by the luxury look of Italian dress shoes.

CHECK OUT THE HISTORY OF THE AIR JORDAN 16 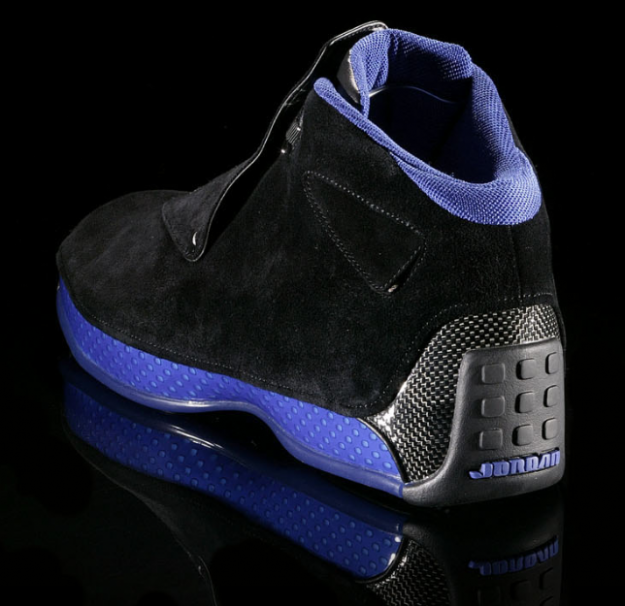 Not exactly the shoe of legend, the Jordan 18 still has it’s own loyal following due to the support and clean look it offers. With traction pods in the forefront and heel, as well as the carbon fiber in both the mid sole and a comfort plate insole, this shoe was built for support. The Jordan 18 was heavy handed on the carbon fiber as a nod to the F1 race car. The suede upper was modeled after the racing flaps on a Lamborghini and were meant to aid in ventilation, but like most Jordans it was still an issue for many and overheating was expected. Also taken from the F1 race car was the heel of their driving shoes. 3×3 rubber tire traction lined the carbon fiber shank plate of the heel. With 9 square traction studs per shoe, and “Jordan” written under each plate, you had the subtle Jordan 18 reference hidden in plain sight. 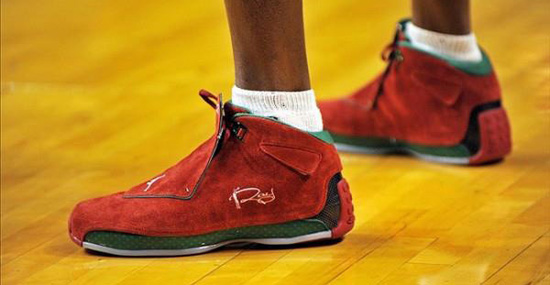 It was the suede upper sheath covering the laces with magnetic buttons that drew the most attention on the Jordan 18. The magnets held the sheath in place whether up or folded over to expose the hidden quick lace system. The metal eyelets and lace tips rounded out the luxury look and polished race car feel of the shoe. However, the suede attracted a lot of dust, a common complaint similar to issues brought on by its rubber soles. Whether as an expected response to this issue or simply as sexy packaging, the Jordan 18 came boxed in a slide out case along with a brush, towel and a “Driver’s Manual” pamphlet. 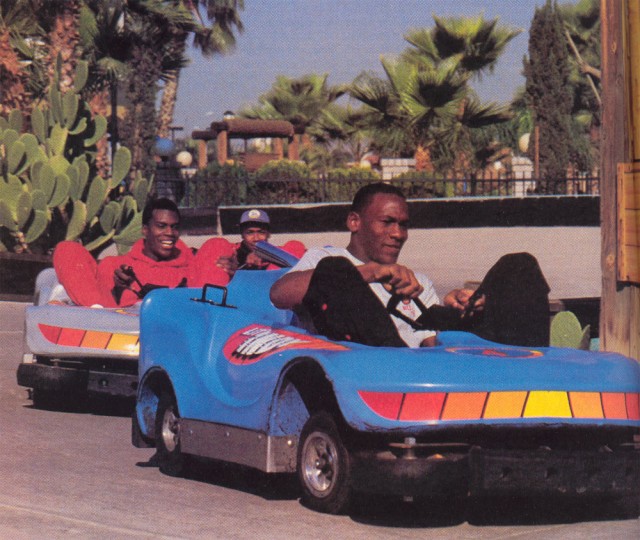 While MJ never played basketball professionally again, his interests, tastes and driving passions manifested well in this release, and have continued to influence the Jordan brand. His cultivation of other players, allowing for custom J’s for dominating young talent, has continued to push the Jordan legacy forward. In his book, For The Love of The Game: My Story, Jordan wrote: “There is no such thing as a perfect basketball player, and I don’t believe there is only one greatest player either. Everyone plays in different eras. I built my talents on the shoulders of someone else’s talent. I believe greatness is an evolutionary process that changes and evolves era to era. Without Julius Erving, David Thompson, Walter Davis, and Elgin Baylor there would never have been a Michael Jordan. I evolved from them.” 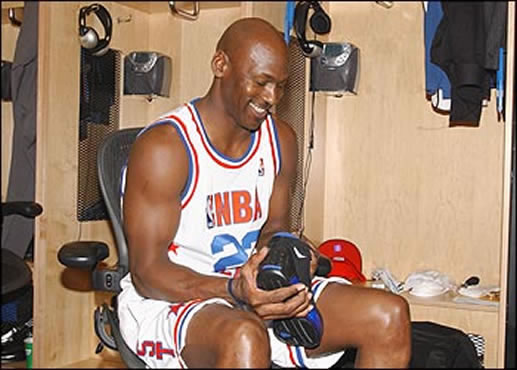 He knew where he had come from and where the game was going. It’s with the Jordan brand that he continues to play a large role in not only the game today, but in it’s future.