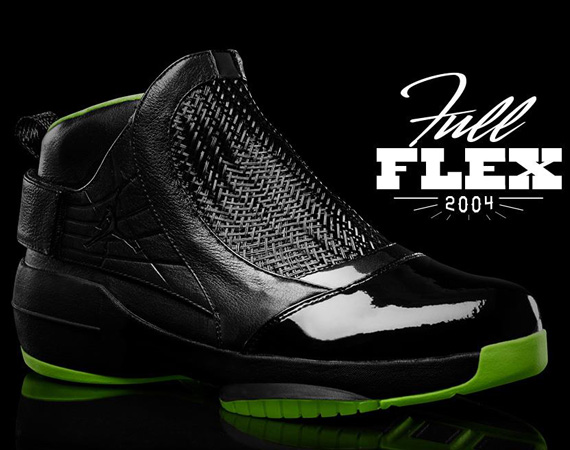 It wasn’t exactly deja vu with Jordan’s third retirement. There was a certain finality to his departure from the Washington Wizards and we all knew he was ready to move on. With all due respect to Kobe, it was MJ that first drew inspiration from the deadly Black Mamba snake for the Jordan 19. It debuted in 2004 with designer Tate Kuerbis back at the helm. However, in one of the largest collaborations a pair of Jordans has ever seen, Kuerbis brought some heavy weight Nike design minds in with him on this lethal release. Present day Jordan Brand Designer Josh Heard, and Senior Footwear/Innovation Designer Jason Maynard joined along with returning Jordan 16 and 17 designer Wilson Smith III. It was the final member of the killer Black Mamba crew, Suzette Henri, that knew basic leather and rubber weren’t going to make any new waves with sneakerheads. CHECK OUT THE HISTORY OF THE AIR JORDAN 17 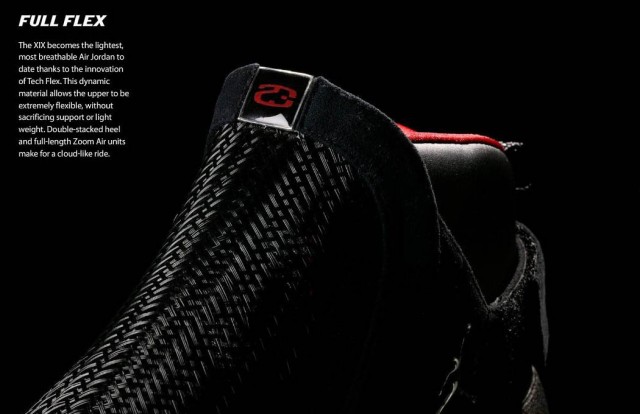 Henri commissioned Tech Flex, a woven netting used in automobiles to keep PVC pipes from bursting, for the upper of the Jordan 19. With the lightweight, yarn like braiding snuggled tightly against the foot, there was no need for traditional shoelaces, but the Jordan 19 still included a quick pull lacing system and lace locks behind the sleeve for a more secure fit. If that wasn’t enough to ensure your foot wasn’t moving and your ankle wasn’t rolling, the Velcro heel strap had you locked in. Never a brand to let comfort slide, the Jordan 19 also came fully loaded with a full length Zoom Air unit, carbon fiber shank plate, Phylon midsole, and a double stacked heel to optimize cushioning. It was like they had thrown the best of the best features from previous Jordans, including the patent leather toe box, into the Jordan 19. CHECK OUT THE HISTORY OF THE AIR JORDAN 16 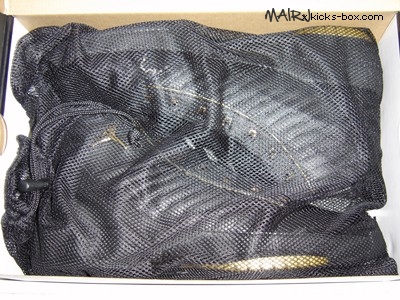 CHECK OUT THE HISTORY OF THE AIR JORDAN 15 Of course the packaging had to match the innovation of the shoe. Each individual shoe came in it’s own netted Jordan 19 bag and sat inside it’s own slot of a box that broke open from the center. With all of the unique innovation behind the Jordan 19, it’s anybody’s guess why it has gone largely unnoticed by collectors. It’s neither the most traditional looking shoe nor the most out there of Jays, but the Jordan 19 remains the most lightweight and breathable shoe of the brand. It’s a dominating on court shoe that side stepped most, if not all, of the function complaints that have dogged previous models. Originally released in only two colorways, but featured several regional and special edition releases, along with five lows. While black / varsity red, and white/ chrome / flint grey – black lead the drop, it was the regionals that drew the most attention. East Coast was repped with a white / midnight navy – varsity red colorway while the West Coast got a black / white – metallic silver combo. The Midwest came in strong with white / varsity red – silver. CHECK OUT GIRLS IN JORDANS 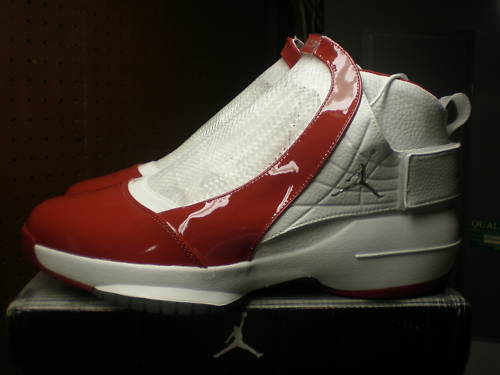 From Carmelo to Kidd and Ray Allen to Gary Paton Nike and the Jordan brand knew they had to enlist current All Stars to keep the shoe in action and on the courts. They built a shoe worth snatching up for both players and sneakerheads alike. It may still be ahead of its time, but retros will tell the story. 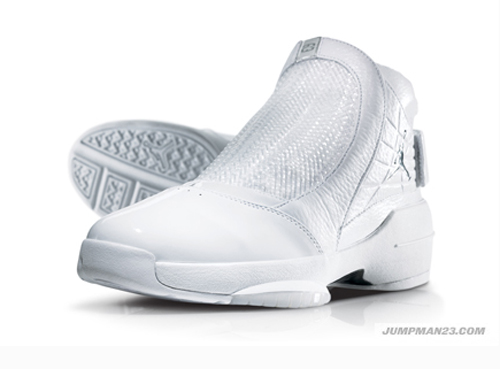