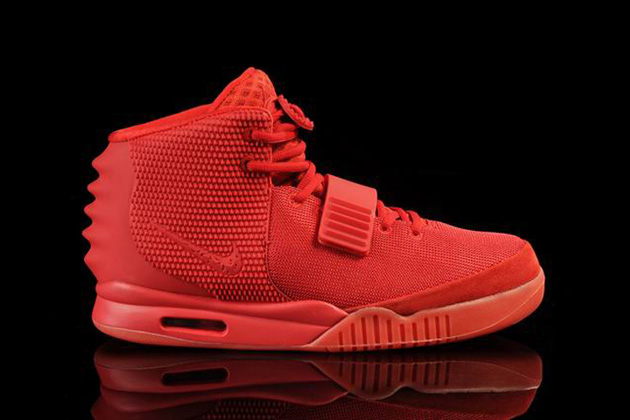 On December 20 Foot Locker reported that it would be releasing the much anticipated Nike Air Yeezy 2 “Red October” on December 27 through its online store. Shortly after some stores in China, including JUICE, also reported that they would be releasing the sneaker soon. With the move of the shoe’s designer, Kanye West, from Nike to adidas (for whom he has apparently already designed 20 shoes in the meantime) it is becoming uncertain if the “Red October” will be released at all. Today Foot Locker officially cancelled the release and also mentions that no new date has been communicated by Nike. After all the happenings in recent months, all the Kanye West interviews about his difficult relationship with Nike and as a result his move to work with adidas on a longterm relationship, we do not understand why Nike would be releasing the sneaker at all. via SN