Jordan 20: “Welcome to the Future” 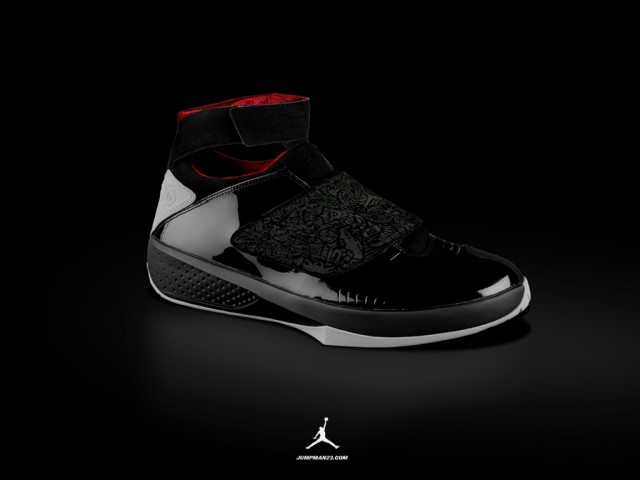 Commemorating 20 years and 20 designs, the Jordan 20 had a lot to live up to. While it was clear that Michael’s third retirement was his final one, Nike brought back the big guns and commissioned Tinker Hatfield. Tinker had taken his leave from the brand since the AJ 15, but came out of his own Jordan retirement to create the anniversary shoe. Assisting him was “Laser Man” Mark Smith. For what Michael had done for basketball, Tinker had done for not only the Jordan brand, but basketball shoes as a whole. How do you put that kind of history into one pair of kicks?

CHECK OUT THE HISTORY OF THE JORDAN 19 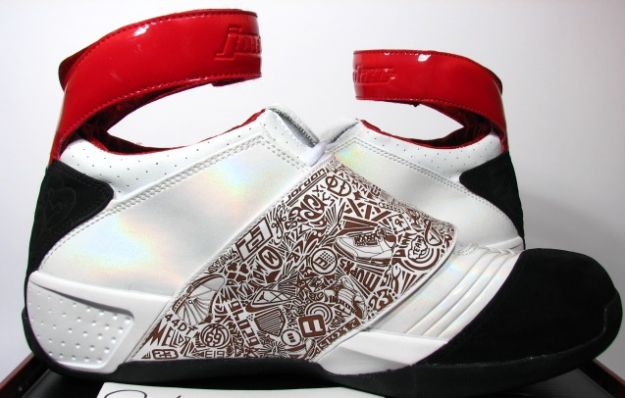 Talk about nailing it. The sick detail on the shoe would have been enough to keep us talking for years, but the Jordan 20 was also another triumph of innovation. Michael and Tinker spent some of their longest hours together reliving the history they had created as team Jordan. MJ’s personal and career highlights became an intricate piece of the Jordan 20. Together, they incorporated both 20 years of history and decades worth of future casting in the Jordan 20. The white/ red/ black colorway debuted on Ray Allen during the 2005 NBA All Star Game with the appropriate tag line, “Welcome to the Future”.
CHECK OUT THE HISTORY OF THE JORDAN 3 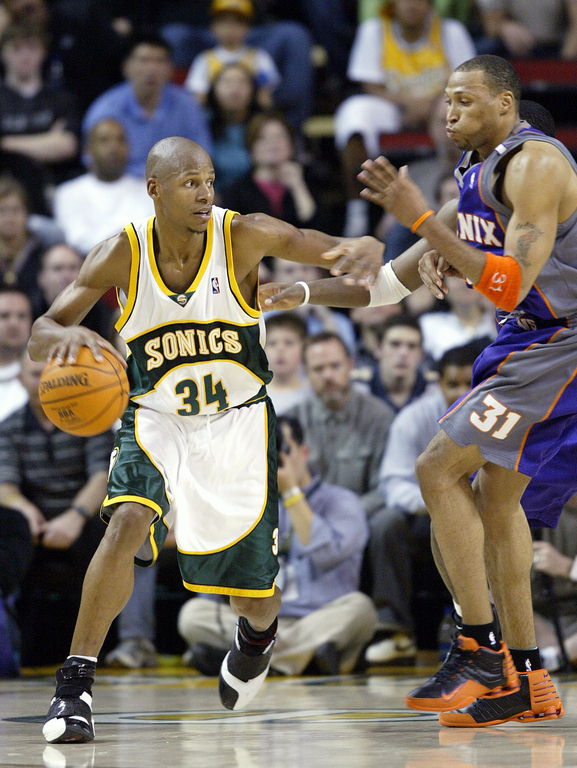 The Air Jordan 20 was packed tongue to toe and ankle to heel with inspiration. The laser etched designs on the midfoot support strap, which hid the lacing system, not only locked the foot down during play, but also depicted highlights of MJ’s career and life with numbers, graphics and symbols. Everything from his love of golf and cars, to tributes to his late father and many idols could be found within the artwork. The Jordan 20 also saw the addition of a floating ankle strap for added support and ankle protection, as well as style. On the outsole of the Jordan 20 were herringbone pods, which chronicled the history of the Jordan franchise. The heel of the Jordan 20 made its own waves. Embedded in the leather were 1, 2, 3, and 4, 5, 6, creating a V shape which covered the bottom sections of 6 rings, honoring Michael’s 6 NBA Championships with the Chicago Bulls. Underneath the V were “20” and “23” for the years of the brand and MJ’s jersey. On the other shoe, “85” and “05” to mark the first pair released and this anniversary pair.
CHECK OUT THE HISTORY OF THE AIR JORDAN 18 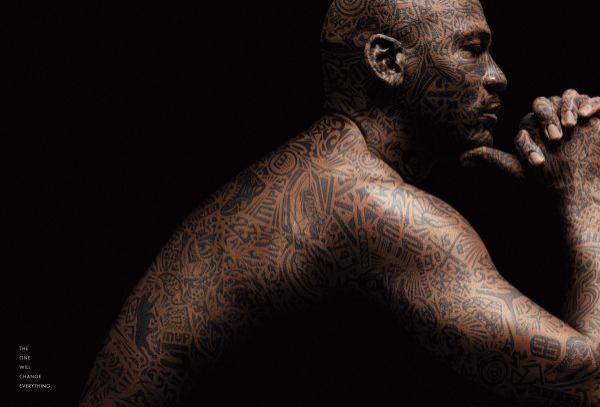 Not to be outdone by style, function and comfort came just as hard with the Jordan 20. Finally addressing overheating issues, the anniversary shoe incorporated a breathable sphere lining. Also new was the Independent Podular Suspension, or IPS, a cushioning technology that used individual pods to react to the foots needs while in play. The internal impact distribution plate (better known as a shank plate) only added to the support while the memory foam in the collar lining comforted the Achilles. The Jordan 20 was a groundbreaking match of performance and art. Whether it’s on your short list of favorites or not quite your flavor, it made one of the biggest statements in the brand history. It showed both what was, and what could be in a single jaw dropping release.
CHECK OUT GIRLS IN JORDANS 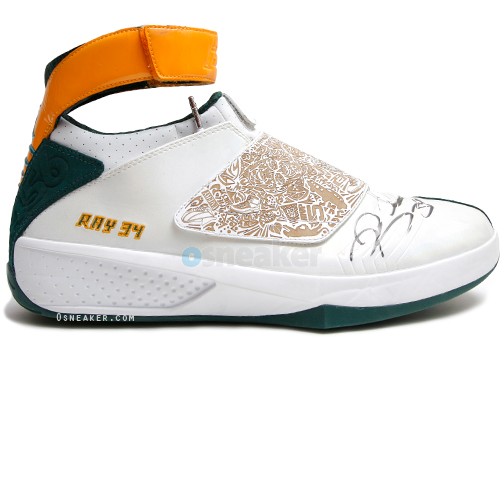