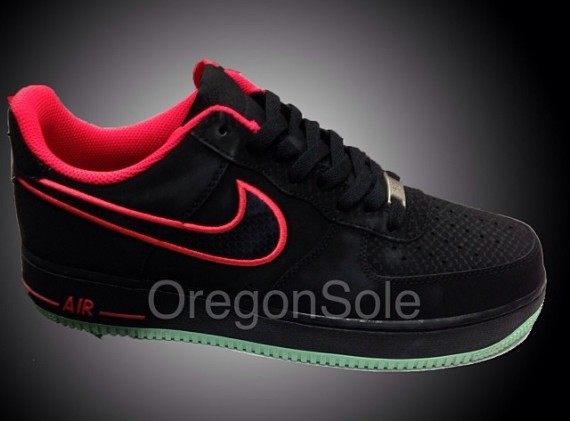 Checkout a few of the upcoming Air Force 1 lows set to drop this summer courtesy of Oregon Sole. In todays summer Air force 1 preview we have three pairs of in the AF1 each leaning towards a different side of the spectrum. The first pair sports a black suede upper accented by hints of a light blue on the sole and and branding, the sneakers swoosh also features a purple brush stroke effect adding some color to this predominately  dark color-scheme. The second AF1 we are giving you a look at has a black and gold elephant print upper sitting on a white mid-sole and black out-sole. The sneakers black and gold upper was combined with black laces, tongue and swooshes tying together the entire color-scheme. And the last pair which will be the most sought after of the three sports a Black Yeezy 2 inspired color-scheme, with a suede black upper accented by a solar red lining and solar red outlining the swoosh of the AF1. The sneakers out-sole was also given a “Yeezy” treatment sporting a glow in the dark hue of green finishing off this Yeezy inspired color-scheme. Seeing that Nike is also making a “Yeezy” Air Foamposite pro it has us wondering if the other two AF1’s in this preview also have their Foamposite counterpart. 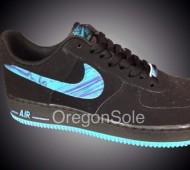 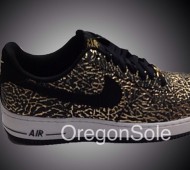 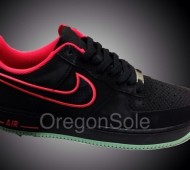