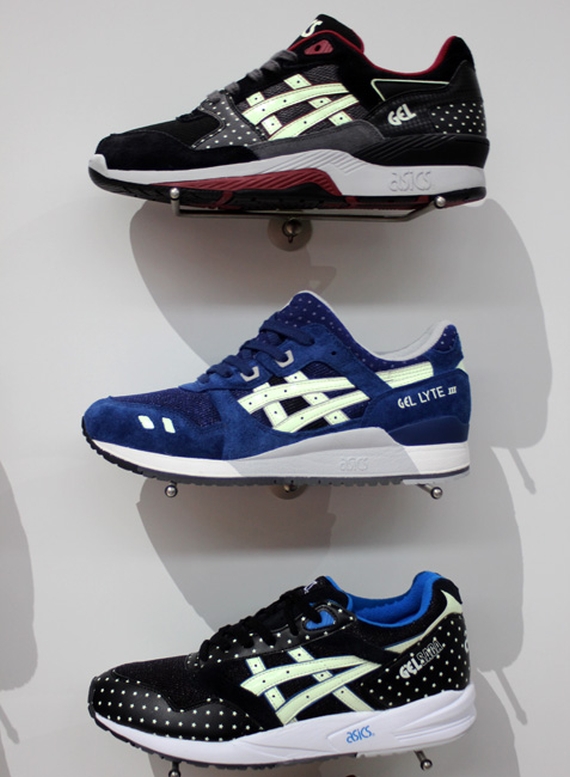 Take a look at the Asics “Glow In The Dark” pack that is set to release this upcoming Fall, Courtesy to some images from EUKicks. Apart of this fall collection we have a pair of Gel Lyte III’s, Gel Saga, and the GT Quick silhouette making its way back into the Asics Gel arsenal. The Gel Lyte III sports a more distinguished look than the other two Asics in this collection with a solid royal blue suede upper with glow in the dark accents throughout the sneakers branding. The next two Asics Gels feature a similar design with the Gel Saga having a black upper covered in glow in the dark stars around the toes and heel, with mesh accents in the toe-box and throughout the sneaker. These also feature a hint of blue in the lining adding some color contrasting the glow in the dark accents nicely. The GT Quick sports a combination of mesh and suede in charcoal and black. These were hit with a lighter dose of glow in the dark stars, seen on the side panel and a touch on the back heel. Along with the glow in the dark accents dark red was used adding some color to this neutral design. Take a closer look below and keep it locked here at 8and9.com for more info and updates.. 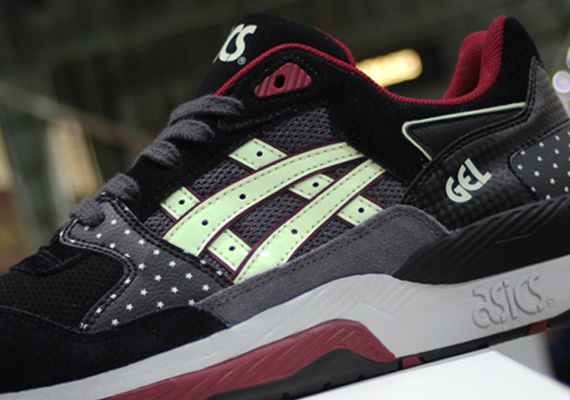 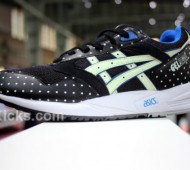 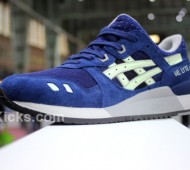 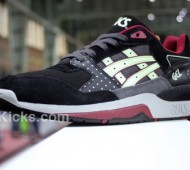