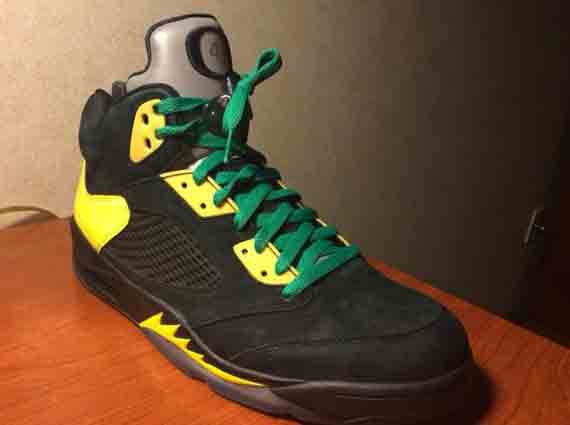 Recently the “Oregon Duck” Jordan 5 became one of the top never released Jordan’s, now we have some images of the “Oregon Jump Duck” Jordan 5’s courtesy of  oregonmbb also checkout thatnina9 on IG for additional images and a video. These also sport a Duck Jump-man on the back heel which will make these just as sought after as the first Oregon Jordan 5’s. Let us know what you think about these and how they compare to the first ones. Also be on the look out for a preview of the away Oregon Jordan 5’s which sport a similar colors-scheme. So far that is 3 different pairs in the Jordan 5 silo who knows what the future hols in Jordan Oregon PE’s hopefully it leads to a release. Keep it locked here at 8and9.com for more from these Oregon and Jordan Brand