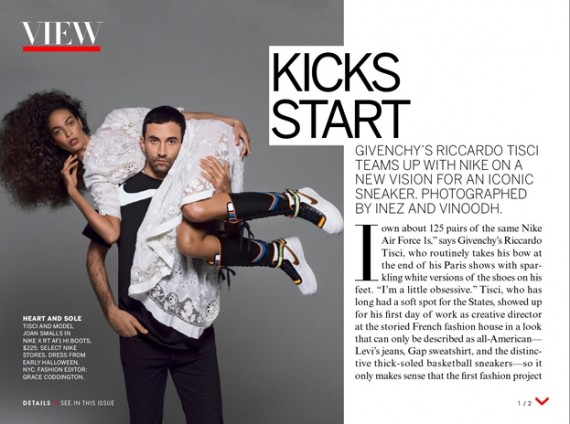 After announcing an upcoming collab between Riccardo Tisci and Nike, we finally get a glimpse of one of the sneakers apart of the RT Nike collection. In the picture above you can see an Air Force High sporting white leather uppers and a few color accenting the AF1 ‘s classic white upper. In the article above Riccardo Tisci mentions owning 125 pairs of white on whites bringing this collab into more of an understanding. These should be arriving soon at the top Nike retailers releasing for $225. Keep it locked here at 8and9.com for more updates from the Nike RT collection.