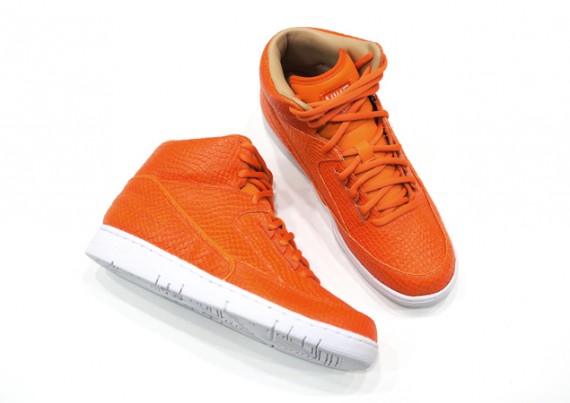 Looks like the “BHM” Jordan and Nike collection will be releasing along side these Orange Air Pythons releasing at the top of the month. These are the first Air Pythons to release in 2014 and they won’t be the last. Being that blue hues is big this year expect to see a blue pair of these later this year.  These also feature an all python like upper that the Dover Street X Nike Air Pythons also distinctly sported. The sneakers orange upper was contrasted by a white outsole. This solid color upper contrasted by white is a classic style design which seems fit for a silhouette designed in 86. Take a look at the gallery below and let us know what you think about these upcoming Air Pythons. Cop Or Not ? Keep it locked here t 8and9.com for more from Nike Sports Wear and the Air Python. 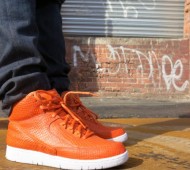 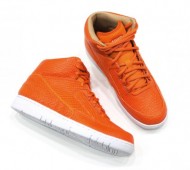 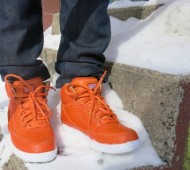 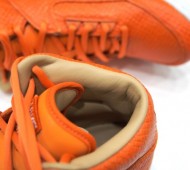