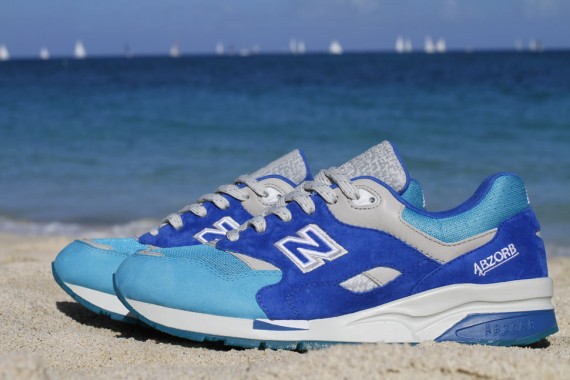 Today we got our first glimpse of the Nice Kicks x New Balance CM1600’s which judging on the unveiling they should be dropping soon. Nice Kicks is no stranger to working with New Balance with their first collab featuring the 1500 silo being a success and the most recent exclusive 574’s limited to 95 pairs which only released at Nice Kicks. These CM1600’s feature a sky blue and royal blue combo joined by white and grey making a dope eye catching color-scheme with a classic design which we expect from New Balance and Nice Kicks. Keep it lockd here at 8and9.com for more from updates and release info on this collab.