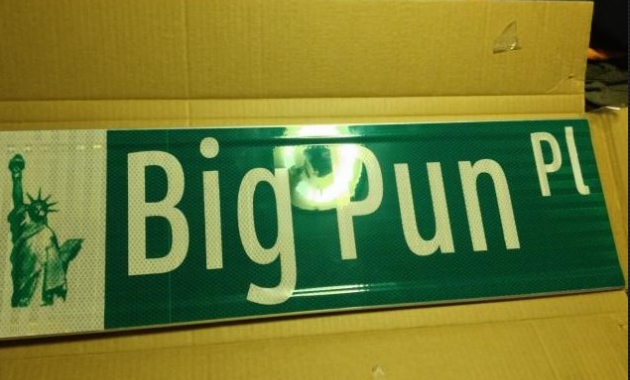 NYC officials have removed the Big Pun PL street sign that was put in the Bronx honoring the BX legend Big Pun on the 14th anniversary of his passing. The sign was put up after the city turned down the request to put it up back in fall of 2012, turning down the request do to the violence and drug references in Puns music. The Punishers memory will live forever through his music paving the road for real hardcore hip hop. Watch the video of the sign being put up after the jump and keep it locked here at 8and9.com for more.