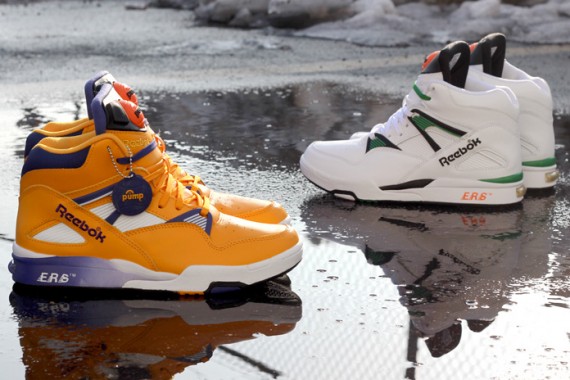 “The NBA saw it’s largest growth in the 1980s, and while a certain number 23 may be partially responsible for that, people were grabbing seats for the league’s greatest rivalry to date whenever the Boston Celtics and Los Angeles Lakers squared off. The two franchises have battled a total of 12 times in the NBA Finals (3 in the 80s alone) so it was only right for Reebok to bring back their classic Reebok Pump Omni Zone. The shoe features “he classic purple and gold of the LA squad as the entire upper is covered in a vibrant yellow while purple acts as an accent with a gradient midsole while the Boston iteration gets a clean and elegant white look with sparse details of kelly green.” via SN