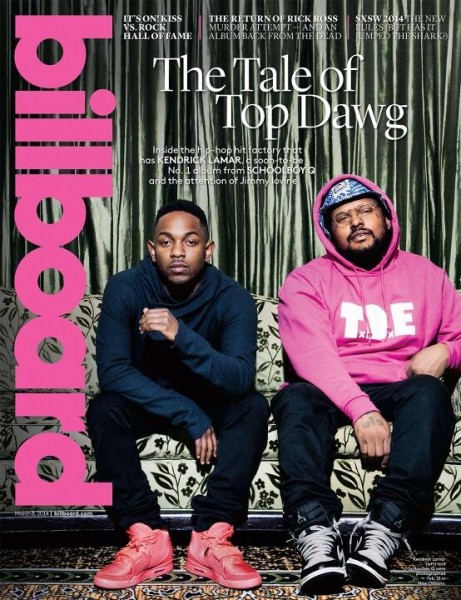 Take a look at the latest cover of Billboard Magazine featuring TDE label mates Kendrick Lamar and Schoolboy Q whose Oxymoron album just dropped making its way to the Billboards. Over the two rappers the words “The Tale of Top Dawg” is written most likely making the focus of their spread a look into the climb to the top. Pick up the latest copy of Billboard for more and keep it locked here at 8and9.com.