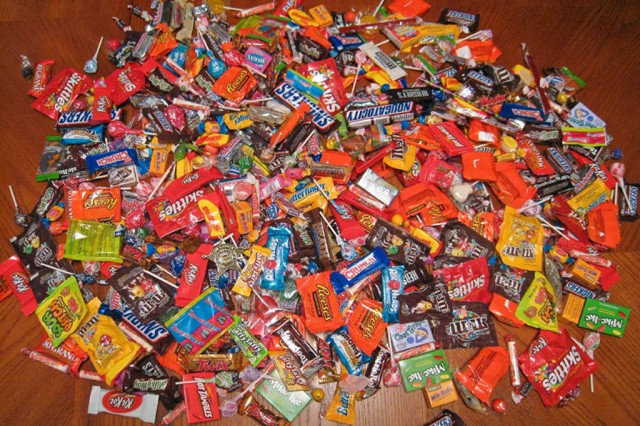 Americans believe sugar is a greater detriment to a person’s health than smoking marijuana! At least that’s the findings in a recent poll, which indicates most of the population would rather “Just Say No” to candy bars than turn down weed.

Although marijuana is still illegal across most of the United States, the federally deemed Schedule I “dangerous substance” is now just as much a household staple in this country as white bread and toilet paper, according to a recent survey by The Wall Street Journal and NBC News.

That’s because most of the population appears to have finally embraced the leaf, as only 8 percent of the survey respondents said they believed marijuana was more dangerous than sugar – 15 percent stated the popular sweetener was the most destructive substance a person could put into their body.

Incidentally, the poll indicates that despite the commercial appeal of booze and cigarettes, nearly 50 percent of the American population believes tobacco is the most dangerous substance, followed by its beloved barstool companion, booze, ranking in a 24 percent.

In addition, the survey also suggests that most Americans — 57 percent — are now following more marijuana-related news than other mainstream media sensations. In fact, only 44 percent of respondents admitted to being well informed on the subject of Obamacare, while a mere 39 percent claimed to be up-to-speed on the issues between Russia and the Ukraine. Shockingly, only 34 percent admitted to keeping up with news about the controversy surrounding same-sex marriages.

The survey is based on 1,000 nationwide telephone interviews evenly distributed between men and women over the age of 18. It is not known what percentage of the respondents were regular marijuana users. However, we suspect that around 100 of them were either Republicans or just too paranoid to disclose that information over the phone.via HT