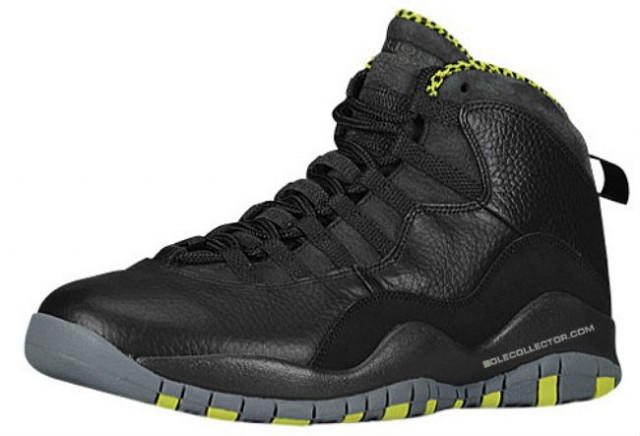 With the Venom Green Jordan 10 about to drop this Saturday March 22nd we wanted to give you a look at a few detailed images courtesy of Wish ATL. Along with those detailed images we will also be talking a little about the Venom Green Jordan 10 as well as where the sneaker might be heading. This design contains elements from classic Jordan 10 color-schemes sporting an all black leather and suede combo, also seen in the Original “Sacramento” Jordan 10. As they keep things classic including old school elements in the Venom Green Jordan 10, Jordan Brand also added a touch of the future sitting them on an ice out-sole accented by Venom Green. This is the third new color-scheme in the Jordan 10 silhouette that we have seen this year. W ith the previous newly emerged color-schemes being a success the Venom Green Jordan 10 should be following in their footsteps being that these are seeming to be sought after reported as one of this months most sought after pick ups. The Venom Green Jordan 10 is a wild card color-scheme which has been more and more seen over the past few years. Jordan Brand has definitely achieved what they started with their Life Style collections they launched back in 2007. Since than these color-schemes our seen more often as well as excepted by the sneaker world which originally shunned on designs like those. Take a look at the gallery below for a chance to see some dope shots of the sneaker. Keep it locked here at 8and9.com and grab yours once they drop this weekend. 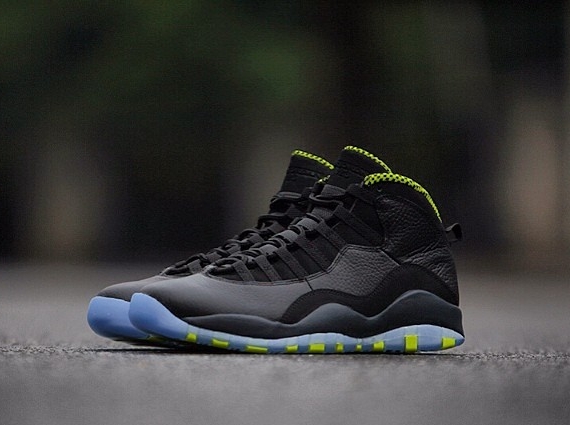 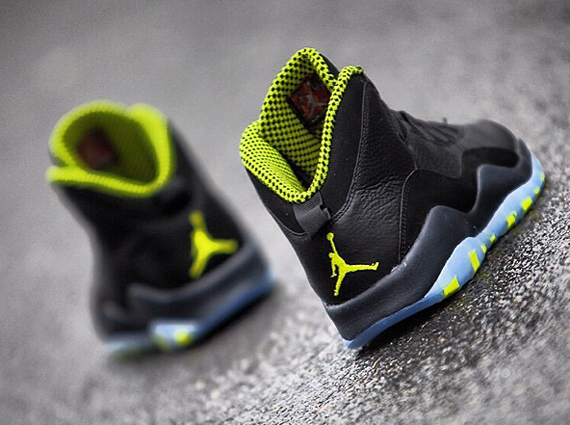