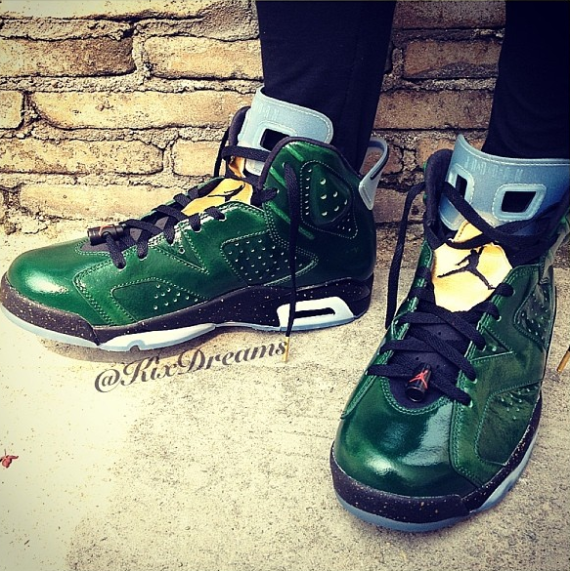 Earlier this year we got our first glimpse of the Championship Cigar Jordan 6’s, after a few months with no updates we get a look at these Champagne Bottle Jordan 6’s that will most likely be dropping along with the Championship Cigar Jordan 6’s. These feature an all green upper contrasted by black seen throughout the sneaker. A black mid-sole was outfitted with gold speckles which were used to accent the rest of the sneakers gold details.There is a nice textural contrasted offered in this collection between the Cigar and Bottle Jordan 6 giving the Jordan 6 an enhanced look which will be highly sought after once released. Little is know on the sneakers release date but we anticipate these to drop during the summer/fall season. Take a closer look at the gallery below courtesy of Kix Dreams who also gives you a quick second look at the Championship Cigar Jordan 6. Keep it locked here at 8and9.com for more on the sneakers release date. 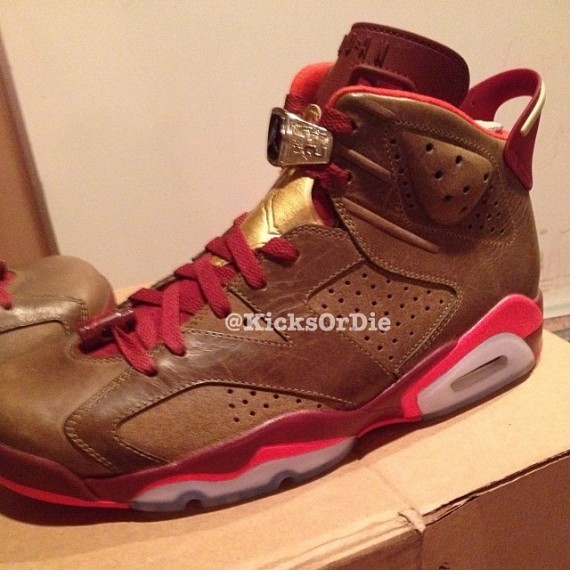 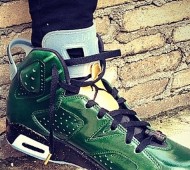 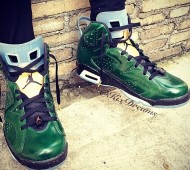 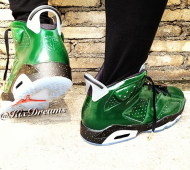 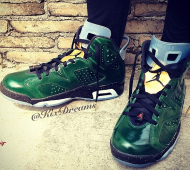