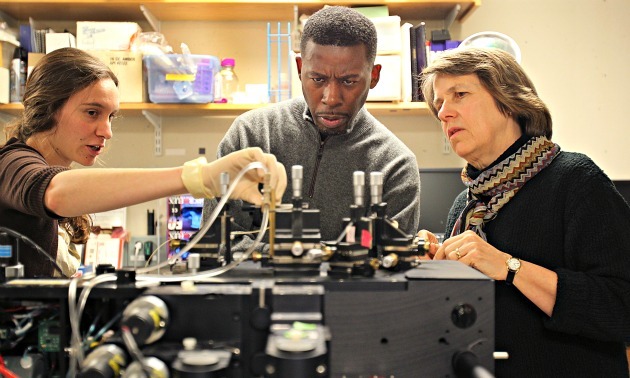 GZA is a founding member of the seminal hip hop group, the Wu-Tang Clan, and co-founder of SCIENCE GENIUS with Christopher Emdin of Teachers College. The program seeks to engage high school students in science using hip hop. The pilot program met with great success in terms of recognition and results: participating schools saw an increase in regents exams scores and 15-25% in attendance. When asked who was his favorite Wu Tang member, Mayor Elect of New York City, Bill DiBlasio, said “GZA. Not only is he a great lyricist, but I also admire his work to engage African American and Latino students in the sciences.”

GZA has lectured at Harvard, Oxford, USC, MIT, NYU, Cornell, and JPL/NASA. In his travels, he has met with a myriad scientists to seek inspiration for his forthcoming album entitled DARK MATTER, which will be released Spring 2014. The project is a natural extension of his longtime fascination with the cosmos. “I will take a quantum leap and discuss the universe while taking us on a journey through deep space. Traveling at lightspeed from the galactic center of one galaxy to the farthest corners of another. I hope my listeners will enjoy this cosmic adventure within a world of colossal planets, gas giants, meteorites, comets, and asteroids in the most extreme conditions.” Watch Video After Read.

The post The Genius of Science: GZA & Science Genius at TEDxTeen 2014 appeared first on 8&9 Clothing Co..