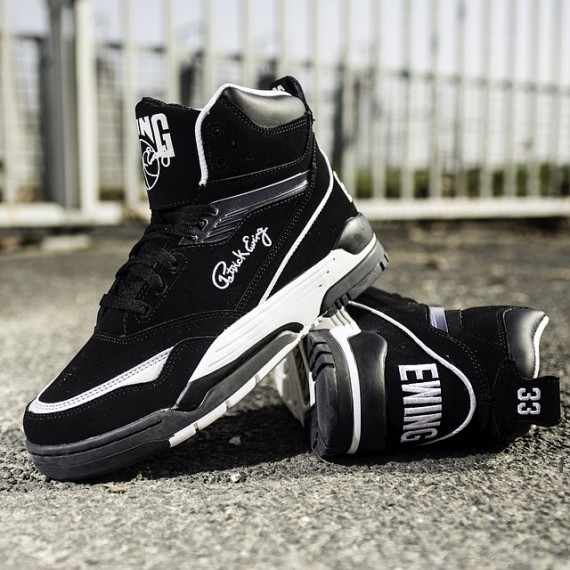 Last week we gave you a look at the upcoming “Knicks” Ewing Athletics Center, Today we got word from Ewing Athletics that this black, white and 3M version of the Ewing Center will be hitting retailers early next month most likely releasing along side the “Knicks” color-scheme previously featured. These feature a similar to the design style seen in the first black & white Ewing 33 Hi’s, sporting a black suede upper with white and 3M accents. Ewing Athletics continues to re-introduce their classic Basketball silhouettes into the world of today let us know @8and9 what Ewing Athletic silhouettes you would like to see come back? Keep it locked here at 8and9.com for these Ewing Center’s exact release date and more.