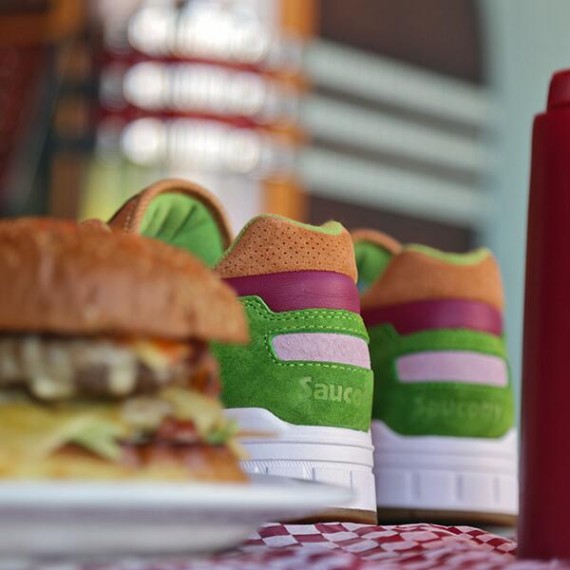 Following the release of their last collab with Reebok and the Instapump Fury UK’s END. Clothing has just released this teaser of their latest collab with Saucony. END whipped up from what we can see to be a dope Shadow 5000 with a “Burger” inspired design which will release via END, followed by a wider release. Keep it locked here at 8and9.com for more on the END. x Saucony Shadow 5000 “Burger” and for a US arrival update.