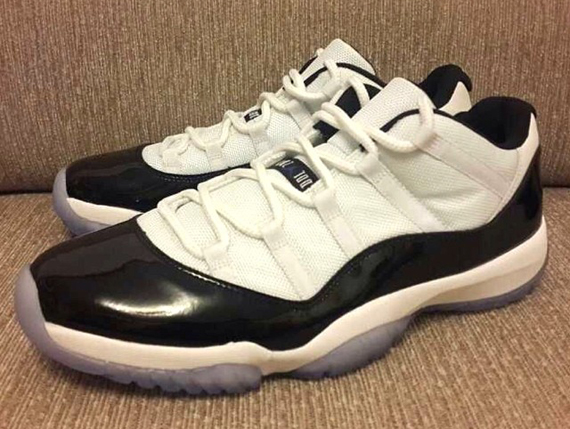 The Jordan 11 Low Concord is set to release Saturday May 3, 2104. Sneaker heads world wide have been waiting for this release ever since a image of Jordan wearing a sample in his size  surfaced a year or two ago. Jordan also was spotted wearing a PE version of these in 1996 at a championship parade. We all knew this eventually happen, especially with all color ways of the popular Jordan XI series that have been dropping the past few years, but now the releases is very close and the hype is real.

Will you be copping the Jordan 11 low Concord? How does this release compare to the other Jordan 11 Low releases? Will you be getting the “space jam” lows as well? Let us know in the comment box, and make sure you stay tuned for shirts to match this release! Purchase them early by clicking here. 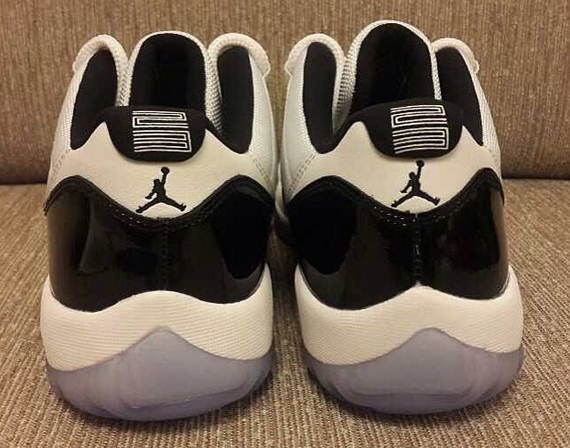 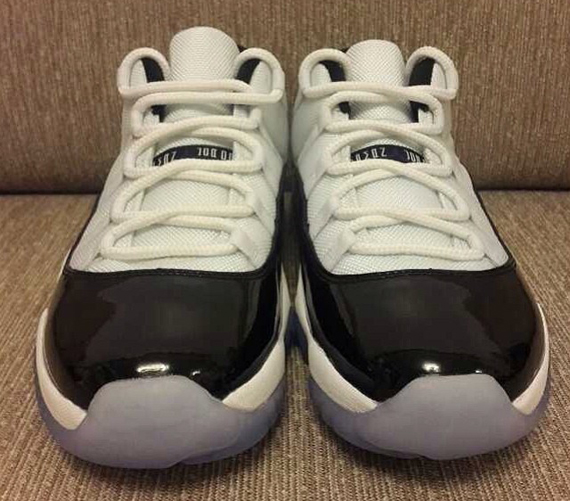 The original Jordan 11 released November, 1995, and had a retail price of $125. Sneaker heads world wide have nick named them the “Concords”, referring to the first official colorway. The re release was one of the craziest Jordan brand releases ever, as it seems it came at the peek of the sneaker culture. The Jordan 11 concord features a white upper with black patent leather around the base, this was Jordan’s way of bringing lux to a basketball shoe. It is rumored he said something to sort of this being a sneaker you could wear with a tuxedo. What is funny is that I have seen countless pics of Grooms wearing this as a wedding day shoe. The clear bottom sole has been used on  numerous Nike and Jordan Brand releases, another dope feature of the shoe is the quick lace system and oval shoe laces. The Jordan 11 low concord is new version of this classic and is sure to be one of the hypest releases of Summer 2014.