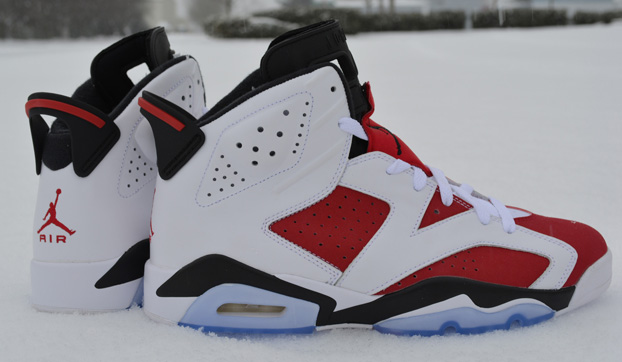 The Jordan Carmine 6 release date is set for May 24, 2014.This is sure to be one of the hypest releases of the year. the air Jordan 6 Carmine after it’s re introduction to the Sneaker World in 2008, during the Jordan CDP series, has become even more popular amongst Sneaker Heads world wide. Jordan heads seem to flock to the 6 series and this color way will be no exception. One thing that stands out is the fact that is not the usual Fire or Varsity red Jordan brand uses. The contrast of red, black and white is  a fan favorite for sure, add that to one of the best Air Jordan models ever made and you have a recipe for success! Of course your favorite street wear brand has you covered with plenty of items to match the 2014 Jordan Carmine 6. Make sure you keep it locked for Carmine inspired shirts and tanks!!   Click here to shop Carmine products! 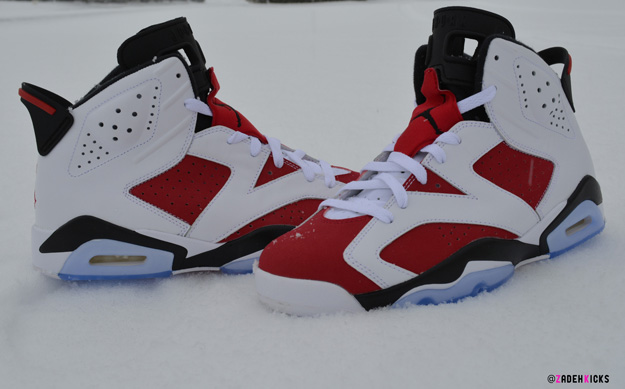 Will the Jordan 6 end up as prolific in 2014 as the Jordan 5 was in 2013? The bar was set pretty high by the latter last year, as we saw over ten releases hit. Helping out the 6 this year will be the anticipated “Carmine” colorway that’s on its way for a May release. The shoe is the black sheep as far as original Jordan 6 colorways are concerned thanks to its coloring in of the various pieces across the upper. Color: White/Carmine-Black
Style Code: 384664-160 via SN
Release Date: 05/24/14
Price: $170 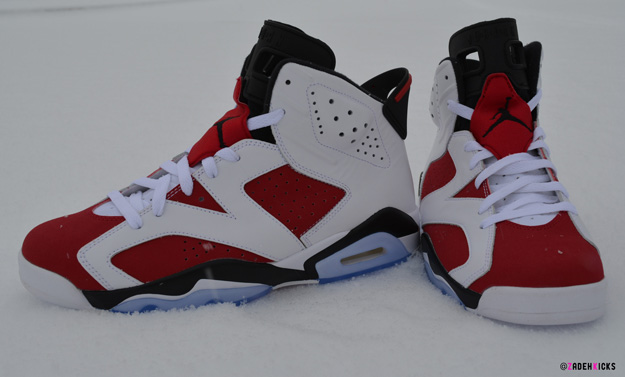 Are you excited about the 2014 Jordan Carmine 6 release? How do these compare to the other dope Jordan 6 color ways? Which is your favorite Jordan 6 of all time? There are many to choose from, Jordan Olympic 6, DMP Jordan 6, Black and White Varsity red and Infrared release are all dope. Let us know in the comment box, and stay tuned for more updates and release info.