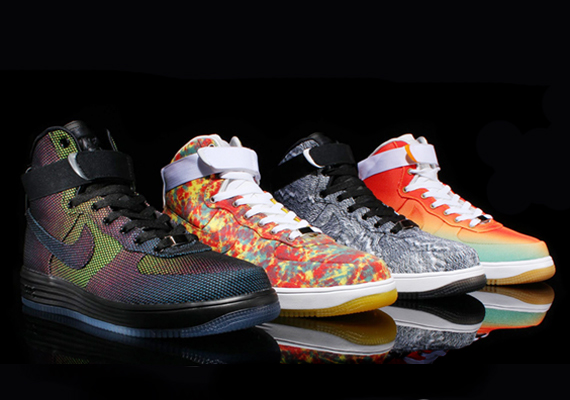 Over the past few months we have been giving you quick looks at this upcoming Nike Lunar Force High “Graphic” pack in pieces today we have a look at the entire collection which is now available in Japan via Kinetics and a few other of Nike’s top NikeSportsWear Japan accounts. Each of these features unique textured and graphic uppers along with Nike’s Innovation to the Air Force One silo creating the Lunar Force 1. Being that these have just dropped in Asia their US arrival should be just beyond the horizon, our money;s on July. Take a closer look at each of the Nike Lunar Force High’s apart of the “Graphic” pack and let us know which of the four you prefer> Keep it locked here at 8and9.com for more updates on the packs state side arrival. 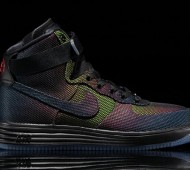 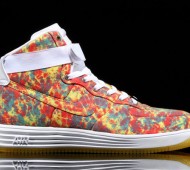 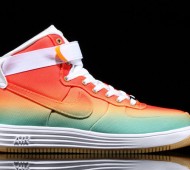