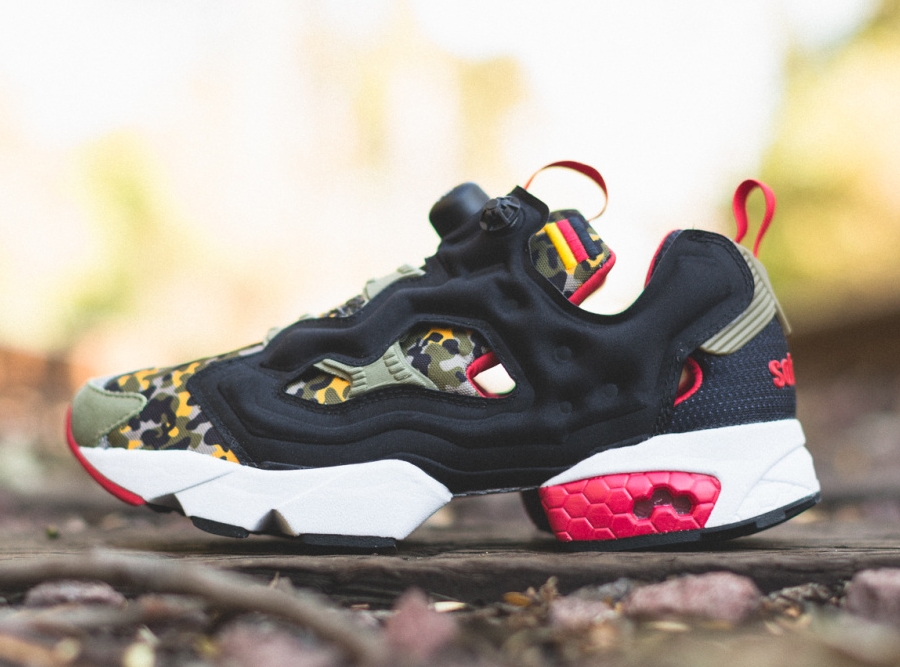 Solebox and Reebok have teamed up dropping a special Insta Pump Fury reppin Solebox’s German heritage to fullest. The Reebok Insta Pump Fury’s multiple layer upper gave space for a dope creation. Combining a unique custom camo design with a predominate black upper accented by hints of yellow red and olive working together prefect making these one of the best Insta Pump Furys we have seen so far. To add a personal touch the back heels were hit with a custom Solebox font as well as a small German flag worked into the sneaker upper. These will be dropping July 5th in-store only followed by an online release also by a later world wide release. Take a closer look below and let us know what you think cop or not? Keep it locked here at 8and9.com for more updates on the Solebox x Reebok Insta Pump Furys arrival to the states.