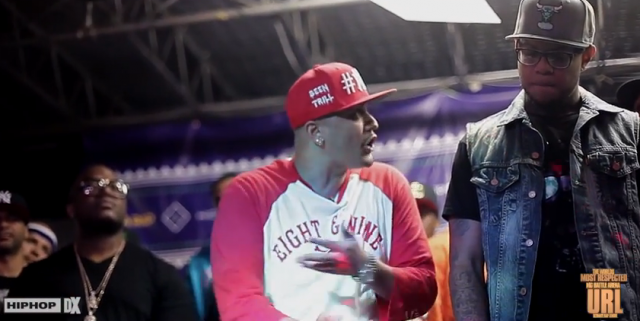 Recently, Sway sat down with Joell Ortiz and the some of the cast of Fuse TV’s “Total Slaughter” television show. The emcees. Cortez and Arsenal spoke about their experience filming the show. The ups and downs battle rappers go through on the show, which include messing up or being eliminated. Later during the interview Joell Ortiz’s Slaughter House member, Joe Budden spoke about a controversial voting decision he made on the last episode in regards to Arsenal. However, the interview ended on a good note, when both emcees jumped on the mic and showcased their freestyling skills to the Sway in the Morning Citizens.