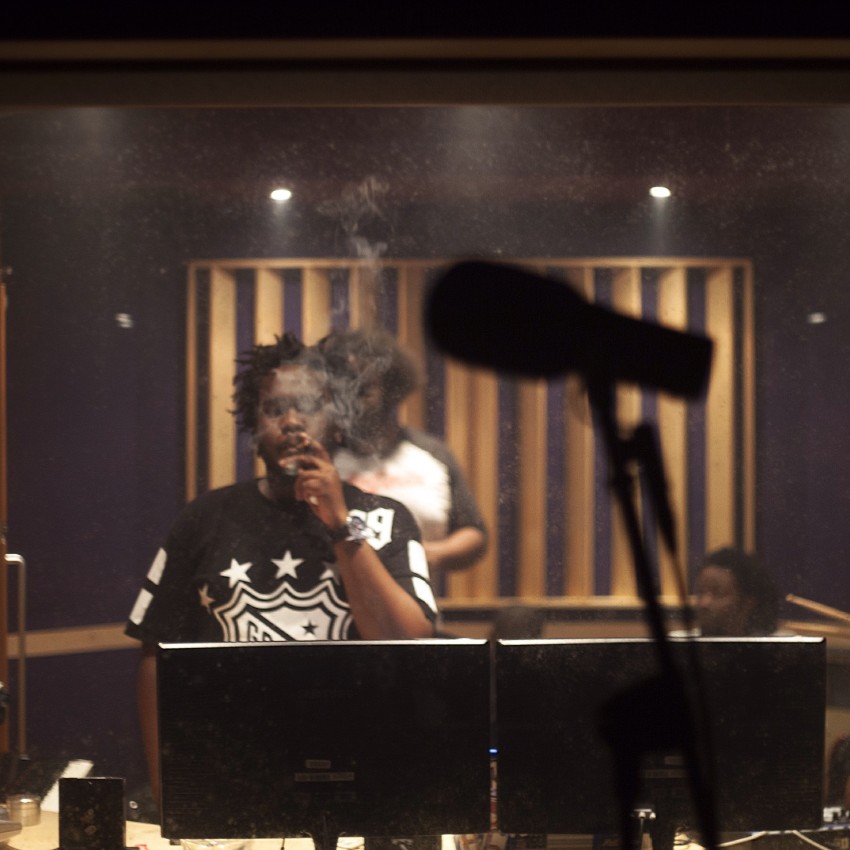 Vince: We’re excited to hear “305º In The Sunshine” [EP]. This will be your first solo release entirely produced by one person, correct?
Prez P: Yup. My first of many projects solely produced by one producer. I’m excited for everyone to hear this first installment too.

V: How did you and Young McFly start to work on this project?
P: We’ve known each other for a while. I’d been meaning to collab for over a year but was always working on different projects and I didn’t want to give him half the effort. So we’re both where the time is right, especially since it’s the summer now. Instead of just getting a track or two I wanted the fans and listeners to be able to get into a deeper vibe with us.

V: What can people expect as far as subject matter on the EP?
P: On this project people should expect a real feel good vibe. Expect more growth and maturity from me as an artist. Almost inspirational at times on certain songs but generally more of a cool laid back vibe. There’s some party joints on there too of course to fit the vibe of the summer.

V: How did you come up with the name “305º In The Sunshine”?
P: I wanted a title that would be something that could resemble Miami in a unique way. People always say things like “it’s 100 degrees in the shade” when they think of Miami’s heat so I wanted to go even further.
305° plays off of our area code and also how hot the streets can get in the summer time with the robberies and deaths and beefs that normally happen around this time of year.
And “In The Sunshine” is where I consider myself to be. Rather than in the fabricated limelight, I’m in the more organic space with my music. Kind of like being at a festival performing under the sunlight rather than rocking out at a concert in a venue. This music has more of a groove to it than just regular beats and raps. While it’s 305° on the streets I’m the type to keep it cool as ever. This project is like the mini soundtrack to that kind of lifestyle.

U Can Read the full interview here: VH