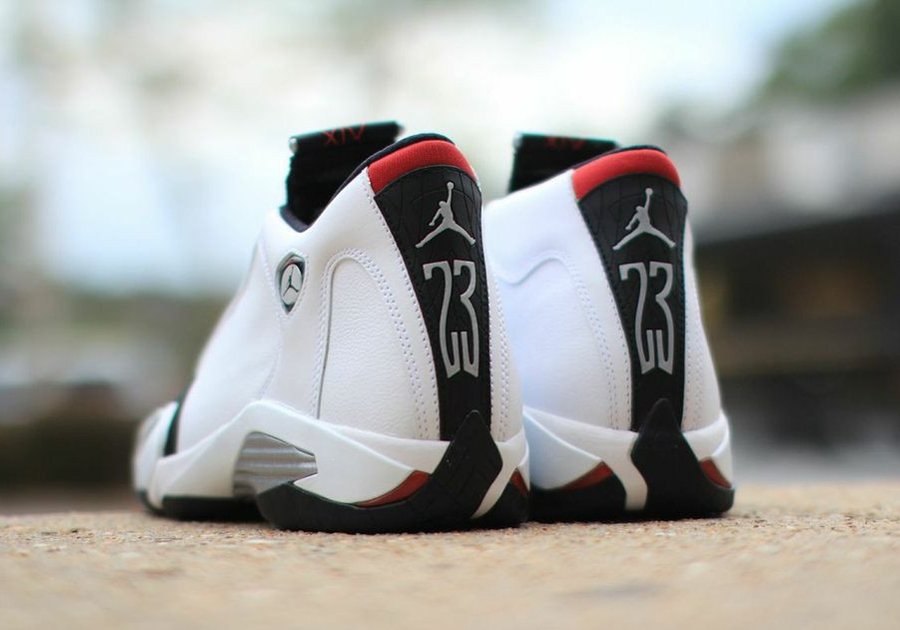 After originally debuting in 1999, Jordan Brand is set to bring back the original Air Jordan 14 Black Toe colorway this Fall 2014. The Black Toe features a white leather base. The toe box area is covered with black suede, inner liner is black along with the back heel and outsole. You also have gym red accents thoughout the Air Jordan 14 Black Toe on the top of the tonuge, back heel tab, red jumpman on the toe box and finally a few hits of the gym red on the outsole. 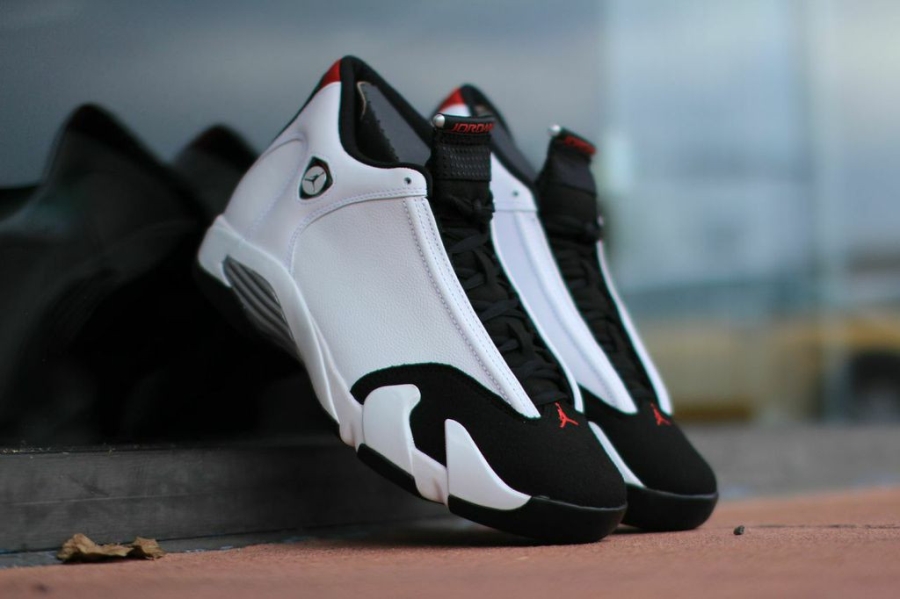 The Black Toe Jordan 14  was last seen back in 2008, but the 2014 version will bring more of its original feel with its release later this Fall in September 2014. Stay tuned to Sneaker Bar for further updates on all the upcoming Air Jordan Release Dates. 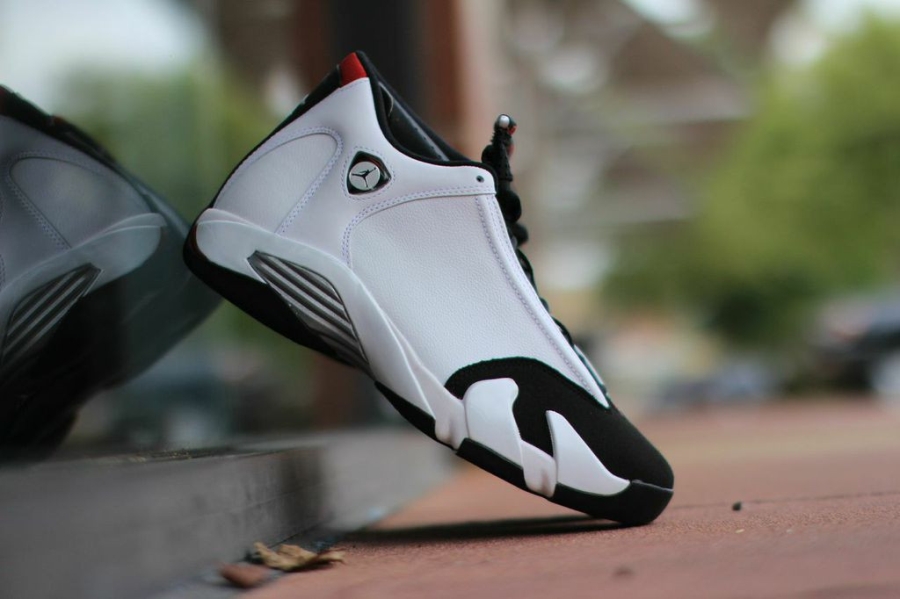 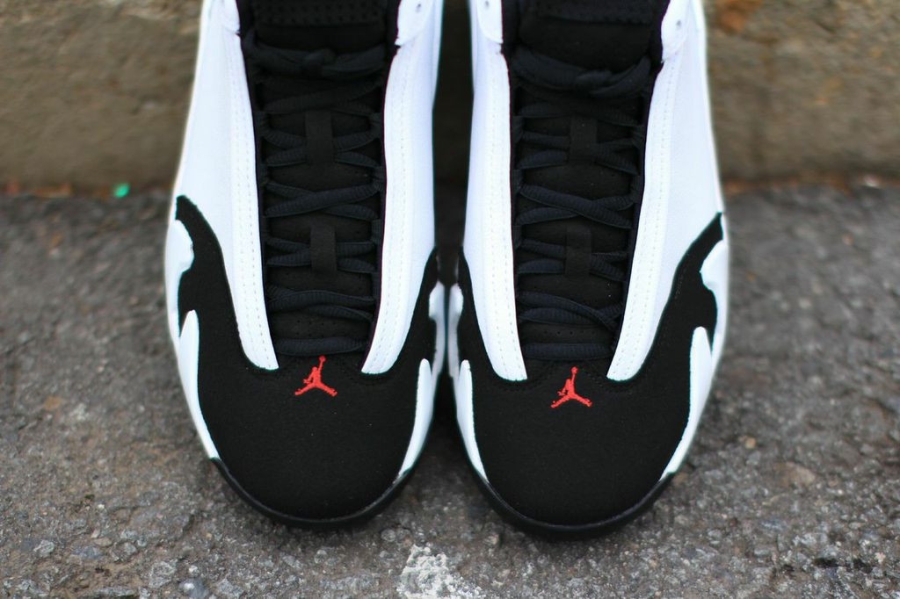 The Air Jordan 14′s were designed by Tinker Hatfield and took inspiration from Jordan’s Ferrari 550M .The Air Jordan 14 was the first Jordan shoe to come standard with metal tips as well as built in trivia. Each shoe had 7 jump-men making a total of 14. The back of the Air Jordan 14′s also displayed for all to see in Roman numerals that this was indeed the 14th shoe in the Jordan lineup.