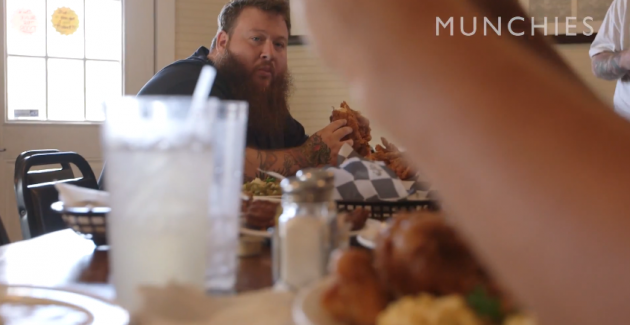 What do you get when you cross a lamb neck with a fan boat and blues guitar legend? You have the fifth episode of Fuck, That’s Delicious, which takes us to New Orleans. Action Bronson had some down time between touring and recording his upcoming album, so he decided to recharge by sampling some of the Big Easy’s more contemporary culinary offerings and hearing some blues firsthand. As always, Bam Bam zeroed in on the finest fried chicken at Willie Mae’s Scotch House, the best sandwiches at Coquette, late night fare at Mimi’s and a cooking lesson from the most dynamic chef in the city, Isaac Toups, of Toups’ Meatery. If all this wasn’t enough, we managed to see some gators in the flesh and witness The Little Freddie King Blues Band do their thing. Enjoy.