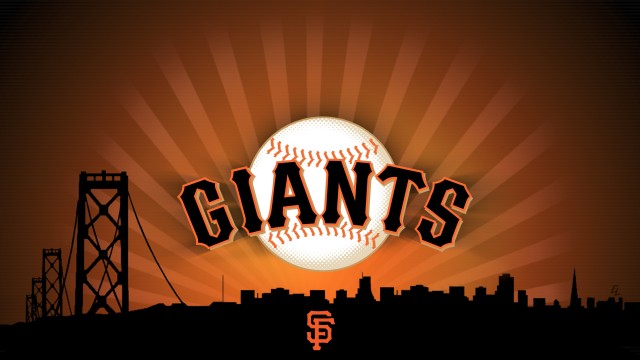 The Kansas City Royals entered Game 1 of the World Series with eight consecutive 2014 postseason wins, scoring more than five runs per ballgame during that stretch. It had been one of the most memorable playoff runs in recent memory.

But Madison Bumgarner had plans of extending his own streak.

The San Francisco Giants ace allowed one run, three hits and one walk in seven innings, powering Bruce Bochy’s squad to a 7-1 series-opening victory. It marks his third win in as many World Series starts.

It took San Francisco just one inning to give Bumgarner all the insurance he needed. The Giants smacked Royals starter James Shields around for five first-inning hits, including an RBI double from Pablo Sandoval and a two-run home run from Hunter Pence.

Shields was able to work out of the inning with just three runs allowed, but it was immediately clear Ned Yost couldn’t keep trotting him out there. The Royals’ No. 1 allowed five runs, seven hits and one walk in three shaky innings of work.

It was just the norm for the Giants against an ace in Game 1 of the World Series.

The three first-inning runs were more than enough for Bumgarner. He ran into a bit of trouble in the third when a Brandon Crawford error and Mike Moustakas double put runners at second and third with no outs, but he proceeded to strike out Alcides Escobar and Norichika Aoki before getting Eric Hosmer to ground out.

Bumgarner served up a homer to Perez with two outs in the seventh, but it didn’t matter, as the Giants tacked on two runs in the fourth and seventh innings to put the game well out of reach.

Fortunately for the Royals, they won’t have to face Bumgarner again until Game 4 or 5. But that doesn’t mean the increasing pressure is going to subside between now and Wednesday night’s Game 2.

If they don’t find a way to better get to veteran starter Jake Peavy, they’ll find themselves down 0-2 heading back to San Francisco, where the Giants have won four in a row this postseason.